What's it all about?

Dance:Connects is a new choreographic framework created by Joss Arnott Dance using dance as a tool to celebrate and connect people and communities. They have created a range of resources and a video library for a range of people new to dance and those with dance experience. The resources are developed to support the wonderful range of bodies, styles and cultures that make up our brilliant communities. There are a number of boxes you can choose from. Each is priced individually in the pricing box on the right hand side of your screen. These are: The resources available come in a range of formats, teaching warm up exercises, dance technique, choreography and creative tasks. Then it’s over to you! You put your own stamp on the piece to create your very own Dance:Connects performance piece that can be shared across the world – as a live performance, as a dance film, as a flash-mob or as pop up performances in your local community in gardens or parks. JAD has worked alongside a range of experts to embed curriculum and specifications into the design of the resources, exploring ways of introducing new communities to dance and supporting those in the dance world to learn, enhance and explore new skills.

What does the license agreement say?

Download a sample license agreement. You will sign and receive your own version for each box you buy during the purchasing process.

How can we help?

Need a facilitator or local producer? Looking for some practical help? Get in touch and we'll connect you with a local practitioner and answer any questions you might have.

All purchases are subject to a 2.9% transaction fee at checkout. Please see our FAQs for further information.

What's in my box? 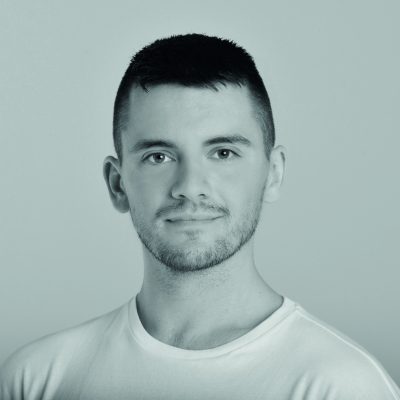 Founding Joss Arnott Dance in 2010, Joss is an internationally award-winning choreographer who has been continuously supported and commissioned by leading UK dance agencies, venues and funding organisations.

A recent shortlisted artist for One Dance UK’s People’s Choice Award 2020, Joss is in demand as a choreographer and has been commissioned to create work on professional dance companies including Rambert and for leading dance conservatoires. His artistic vision is fuelled by creating a portfolio of work for a diverse range of audiences which are at the heart of everything he produces, including indoor, outdoor and family orientated productions.

Joss strives for innovation of the highest quality and curating world class collaborations for JAD which became evident in 2015 with the company’s 5th anniversary tour that featured live music from the world’s premier solo percussionist, Dame Evelyn Glennie.

With a commitment and passion for talent development, Joss has been a Focus Group Artist for Sadler’s Wells National Youth Dance Company, BBC Young Dancer consultant and has worked with and produced multiple works for national Centre for Advanced Training Schemes. He is also a featured artist for AQA’s 2020/21 Performing Arts Qualification.

He received his first international dance award in 2016 for his solo work ’V’ for Outstanding Choreographic Musical Interpretation and Dance Technicality from WARSAW Zawirowania Dance International.

2018 marked the year of the newly formed partnership between Joss Arnott Dance and the University of Salford with the launch of a new MA Dance Performance and Professional Practices programme that established EMERGENCE, now a leading postgraduate performance company that tours newly commissioned performance work by internationally acclaimed choreographers annually.

In 2019 he became an Associate Artist at Déda. Later this year, Joss Arnott Dance were selected to be part of Surf the Wave, UK Dance Showcase and joined the Without Walls Programme with ‘PULSE!’, a dance and live music duet created for the streets set around a 3.5m high percussion wheel designed by Linbury Prize winning artist Eleanor Bull and engineered by Rolls-Royce.

2020 marks Joss Arnott Dance’s 10th anniversary and the company celebrated this key milestone developing the ‘DANCE:CONNECTS – PULSE! 2.0’ initiative. With support from Arts Council England’s Emergency Response Funding and commission funds from Pavilion Dance South West, JAD were able to financially support more than 25 independent dance artists and work with hundreds of people of all ages from across the world including Asia, Africa, Europe, Australia and the USA through online live workshops, tutorials and accessible pre-recorded Learn at Home videos.

The legacy in this work is through the film documentation and the existing and new global relationships the company developed throughout the duration of the activity. This includes the British Council with both films being selected to be featured as part of the 2020 UK-China Contemporary Culture Festival.

Phil Hargreaves is an award-winning Creative Producer currently working with The Leap (Creative People and Places programme in Bradford), previous Creative Producer for Deda & Derby Festé and also a freelance Creative Producer. Phil has a vast amount of experience creating and producing a diverse range of cultural experiences from large scale outdoor productions/festivals to intimate indoor experiences. Phil has a dynamic and passionate approach to producing with a thirst for building and developing new relationships, touring networks and new audiences for artists. Phil is a keen supporter of developing talent and takes pride in been able to create environments that allow artists to thrive and build sustainable business models.

Phil’s experience working nationally and internationally means he has an excellent understanding of the UK arts sector and its position in the international marketplace. Phil produces unique relationships between artists and key stakeholders, also artists and audiences. Over the last three years Phil has raised over 1 million pounds of funding through grants, trust and foundations, commissions and ticket income with his producing work reaching over 250,000 audiences.

Dance Your Socks Off in Greenwich & Eltham 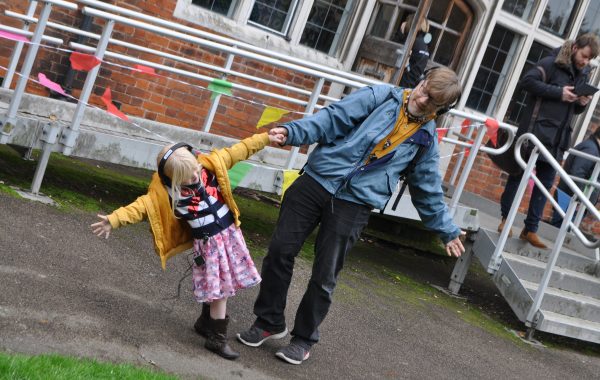 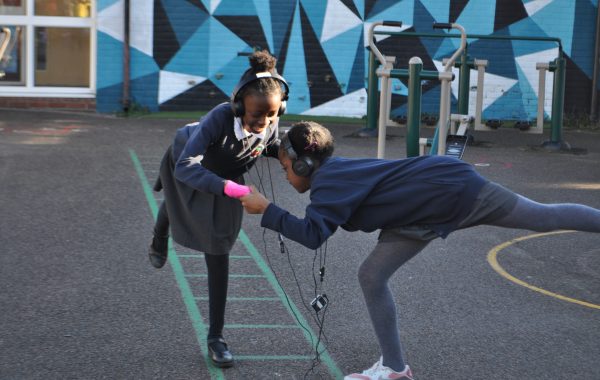